THE historic Surface Hill Church, along with multiple other buildings, is heading to auction as one of the largest Gympie CBD real estate parcels offered to market in many years.

As well as the landmark 1890’s church, the 0.8ha* site on Channon Street is home to the Gympie Council, Straight Up Pilates, Uniting Care and an approved development site for a 39-room motel.

“I really wasn’t fully prepared for what I was being asked to do when I was initially sought out to sell this property,” said Ray White Commercial Northern Corridor Sales Manager and Auctioneer Brocke Hambrecht.

“On the face of it, this was a pretty straight forward real estate deal. It was a site with all the bells and whistles, platinum tenants in three separate leases, a development site and an empty building begging to be leased and bring in even more income.

“Then I paid a visit to the site and I really felt quite humbled by what I was being asked to be a part of.”

The collection of properties at 14-18 Channon Street will be going to auction on Friday 27 March and Mr Hambrecht understands how seldom offered an opportunity like this is. 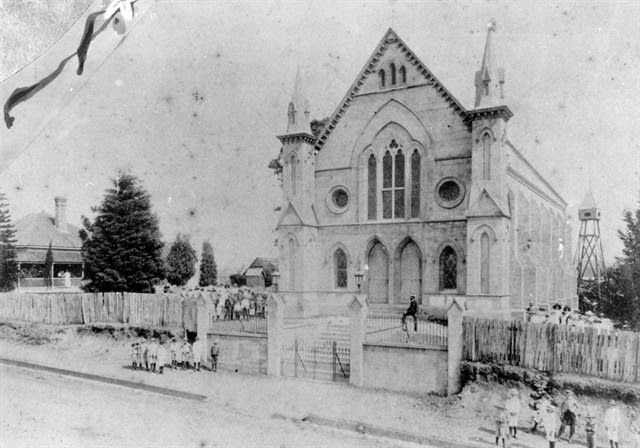 “It really is one of the most eclectic combinations of complementary features I’ve seen in a property,” he said.

“Consisting of five buildings, one ultra-modern, one from the 1800’s, four titles, three street frontages, $260,000* of annual income and a clean slate development site ready to build.”

The Surface Hill property really is a nod to the wealth and prosperity Gympie experienced during the gold rush after James Nash discovered gold in 1867.

The Wesleyan Methodists first erected a bark hut on the site to use as a chapel in 1868.

As the town prospered due to the huge influx of people, acclaimed Swedish architect Hugo William Du Rietz was engaged to design the current church in 1889, with the official opening occurring on August 07 1890.

None of this prepares you for when you walk in the church however, where sits an impressive centerpiece, the huge raised pipe organ from 1890 which was refurbished in the early 1980’s.

“This organ is befitting a European cathedral, I almost feel like I should be charging admission just to see it,” he said. 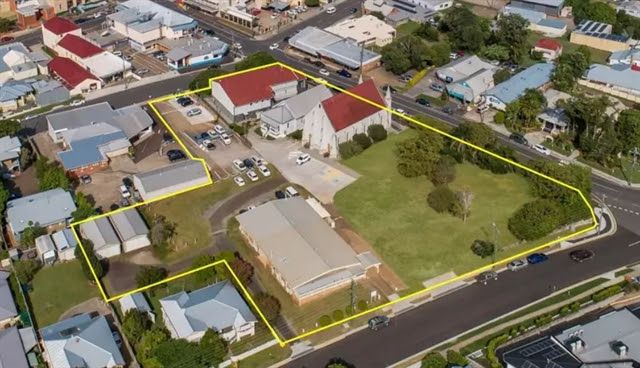 “It’s fitting this site comes up for sale now as Gympie is seeing it’s largest growth period since the Gold Rush, it’s really quite staggering the growth potential in Gympie, which is just 40* minutes from Noosa.”

While the Church is protected with Queensland Heritage status, it is not yet certain what the next chapter holds for the historic building, which is currently not being utilised.

“But it really could be the jewel in a new development perched high on the hill in the CBD with views of the town and surrounds,” he said.

“It’s too early to tell what the future holds, but it will definitely make for an interesting auction day, who knows if someone could buy it just to own the organ.

“Initial enquiry has been a mix of investor land bankers happy with the current income and developers looking to utilise the vacant approved site.”

The property is being sold as part of Ray White’s national commercial auction portfolio on Friday 27 March at 111 Eagle Street in Brisbane.

Back to all news
Up to Date