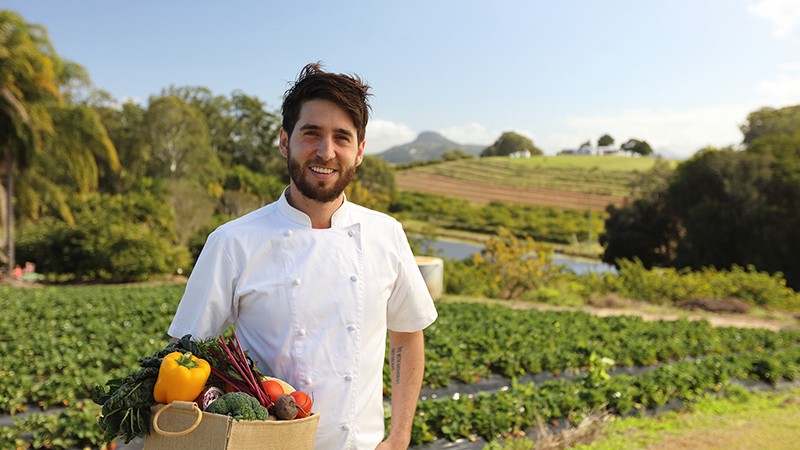 We are pleased to announce that our team played an integral role in negotiating the lease and fit out that has resulted in renowned chef Alejandro Cancino choosing the Sunshine Coast for his latest venture. The former executive chef of Brisbane’s only three-hat restaurant, Urbane, will become a Sunshine Coast Ambassador, showcasing the region as one of Australia’s leading and most vibrant food tourism destinations.

Alejandro left Brisbane earlier this year with his wife and baby daughter for a sea-change on the Sunshine Coast where he is pioneering ‘plant-based’ cuisine under his own vegan food-label, Fenn Foods, and a vegan café/catering business called ‘Lola’s Pantry’ which is expected to open in the next few months in Kuluin.

Alejandro’s first collaboration was to represent the Sunshine Coast at the Regional Flavours exhibition, held at South Bank last weekend. Attended by more than 80,000 people, VSC in partnership with the Food and Agribusiness Network sponsored a ‘Flavours of the Sunshine Coast’ regional hub. Alejandro was joined by chef Cameron Matthews and 8 local food and beverage companies to connect directly with thousands of consumers and promote the diverse range of quality produce from our region.

The event also launched the South East Queensland Food Trails, a free online platform that allows users to create and share their own foodie trail from hundreds of experiences throughout the region. The online platform has been developed by the Council of Mayors (SEQ) in collaboration with participating councils and modelled on the Sunshine Coast Food Trails created by our team at VSC and Tourism and Events Queensland (TEQ).